From the Quest Blog

Any disruptor, including COVID19, is both an opportunity and a threat. Some organisations will adapt and thrive. Most scrape through by sticking to the familiar and reassuring. A few will fail. In this post Chris Nel looks at the three principal abilities required for an organisation to have strong 'Adaptive Capability'. The ability to thrive in the face of disruption. 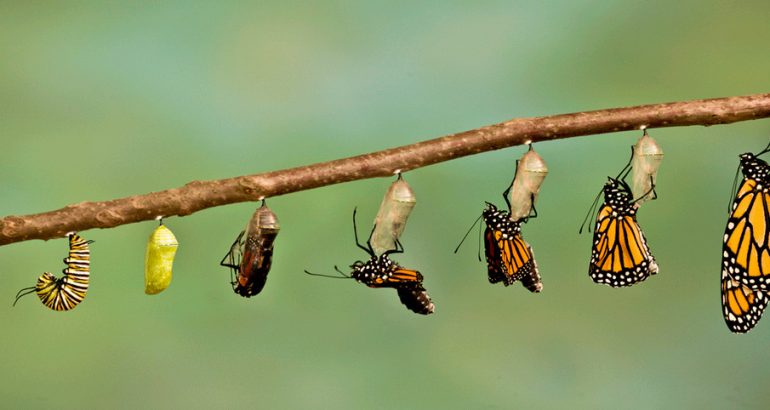 I used to work with Tom Peters, the business guru and author of more than 20 books on business excellence. My job then was to help people implement the ideas Tom wrote and spoke about. In many ways, it still is …

What I learned was that ‘change’ is not a process. It is a culture. Human beings are naturally adaptive … But, the environment has to be conducive. We have to want to adapt. Not be told to, or expected to, or paid to, or coerced in any way. We have to really crave change. In a business context therefore, successful adaptation is the consequence of inspiring leadership not desperate management. Over-managed and under-led organisations struggle to engage their people enough, for the organisation to successfully adapt to the disruption they face.

The best and most thoroughly researched explanation for this comes from Robert Kegan & Lisa Lahey in their brilliant book “Immunity to Change” (HBR Press, 2009). Kegan & Lahey coined the phrase ‘competing commitments’ to explain that, whilst we may say we want to do something (eg loose weight), there are emotions competing with the desire we say we have (eg be thinner). This battle rages on in our limbic brains. Sometimes, the emotion of, for example becoming thinner, is not strong enough to overcome the competing emotion of, in this example, enjoying meals with friends and family.  Kegan & Lahey conclude the ‘net‘ emotion needs to be for change, rather than sticking with the familiar & reassuring. Fostering the appetite for change is about leaders overcoming the emotional attachment their people feel to the status quo and therefore winning the emotional tug ‘ war for changing it.

To illustrate this; my client, the CEO of a FTSE200 manufacturing business, knows that to survive, they have to change. High wage economy, significant technological disruption, a proliferation of regulation and aggressive competitor activity etc… Their solution is “Lean Manufacturing” an entirely rational response to the current market situation. Each employee asked to come up with innovative ideas to reduce what the Japanese call  ‘muda’ or  ‘wastefulness’ wherever they see it. ‘Lean’ consultants are hired, ‘Lean’ workshops are run, ‘Lean’ business improvement facilitators are trained, ‘Lean’ 5S activity around every site.  ROI?  You guessed it … very poor.  Why?

The CEO described his workforce as  ‘resistant to change’. I asserted that the adaptation they are after will not be the result of a (‘Lean’) process, but a culture. We started to look at how conducive the environment in his business was for ‘Lean’ and discovered quickly that whilst the rational case had been made, clear direction had been given and clear instructions to participate in the initiative had been communicated, there was still resistance. Of course, people went to the workshops and ‘participated’ in the scrums.   BUT the emotional tug’o war described by Kegan & Lahey had been lost. What prevailed were the emotions of pride in traditional skills, attachment to existing team structures, concern about use of AI/robotics, fear of failure (exposure) and a lack of trust in management. These factors were combining to result in what the CEO called a ‘change resistant workforce’.

There is of course nothing wrong with ‘Lean’ or most other business improvement  processes. They are all, viable pathways to business improvement and innovation. But none will work if the human appetite for doing it is missing. So what can a leadership team do to win the emotional tug ‘ war for actually doing it?

We call it cultivating ‘Adaptive Capability’. The mindset and skills of people in the organisation to be constantly seeking and delivering optimum performance.We believe it is the only sustainable advantage an organisation can have. Developing it requires growing three organisational abilities:

1. Awareness – This is the ability to develop the organisation’s appetite for being innovative. John Kotter describes this as ‘creating a sense of urgency‘.  Awareness is developed not by pumping rational strategic change arguments into the organisation or training people in innovation process skills but by acting on the understanding that people will only promote, rather than subvert, change when the proposed future feels more appealing than the current status quo. Building a strong appetite for adaptation is the first critical step and it is the responsibility of the senior leadership team.

2. Leadership – This is the ability of leaders at all levels to inspire their people to want to deliver the required change.  However comprehensive the corporate change strategy is, the disquieting reality is that the success of any corporate adaptation relies on the discretionary contribution of its employees. Unless people trust the direction being provided by their leaders, feel inspired, rewarded and developed by them, they will withhold the ‘non-compulsory’ effort that is critical  to successful adaptation.

3. Learning – I am amazed (actually horrified) how little corporate time is dedicated to learning. I would clarify here that learning is very different to training. In a stable environments,‘expertise’ (ie knowledge of what has worked well in the past) is highly valuable. In organisations experiencing high amounts of disruption (ie most of our clients), far too much value is often placed on the ‘expertise’ of consultants / managers / supervisors and consequently far too little time is spent at all levels, learning – answering three questions:

These three critical abilities are intangible. But they are observable and learnable. We facilitate the adaptive process and coach the key change protagonists in change leadership skills. An approach that leaves an enduring ‘Adaptive Capability’ in their organisation. A sustainable competitive advantage.

Change is hard! Not because the strategy is unclear or the process difficult to follow,  but because the fuel for adapting is emotion… not logic.  Hope, aspiration, excitement, confidence, optimism, conviction. Develop these and you foster a culture of adaptive capability. 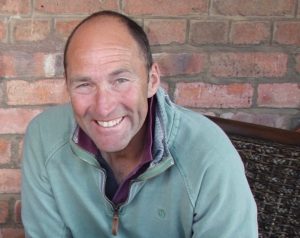 A former international triathlete, British Army Officer and partner at Tom Peters Company, Chris Nel is a co-founder / Managing Director of Quest Leadership Ltd. He can be contacted at chris@questleadership.co.uk.

As a business leader, If you want to get some altitude over the COVID19 situation and talk through how to approach the leadership challenges you currently face we are, between us, manning a free support helpline.

You can find out more about which cookies we are using or switch them off in settings.

This website uses cookies so that we can provide you with the best user experience possible. Cookie information is stored in your browser and performs functions such as recognising you when you return to our website and helping our team to understand which sections of the website you find most interesting and useful.

You can adjust all of your cookie settings by navigating the tabs.

Strictly Necessary Cookie should be enabled at all times so that we can save your preferences for cookie settings.

If you disable this cookie, we will not be able to save your preferences. This means that every time you visit this website you will need to enable or disable cookies again.

This website uses Google Analytics to collect anonymous information such as the number of visitors to the site, and the most popular pages.

Please enable Strictly Necessary Cookies first so that we can save your preferences!