From the Quest Blog

Home > Blog > Enabling Others to Act: Collaboration culture for your team 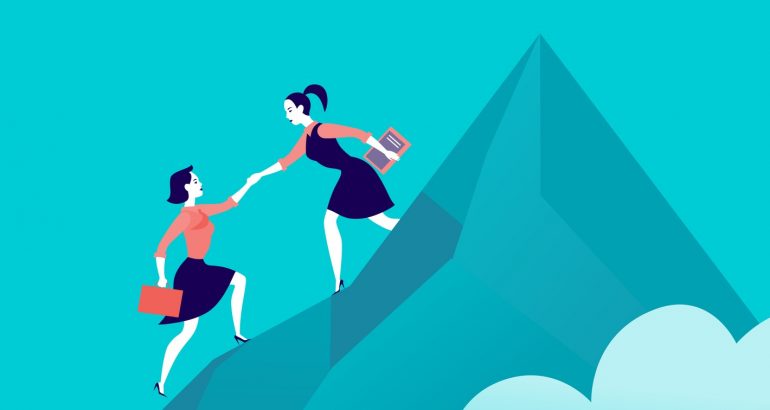 An organisation’s success never rests on one set of shoulders; P.T. Barnum wouldn’t have lasted long on the trapeze. Leaders set the tone for their environment and have faith that others can do their bit.

Do you want a space where people cling to their comfort zones, never thinking above their pay grade? Or do you want a team united by common purpose, with everyone empowered to contribute to the mission?

We prefer that second one; we prefer Enabling Others to Act, one of the Five Practices of Exemplary Leadership outlined in The Leadership Challenge.

But it doesn’t happen by itself.

The trial of trust

How often do you come across workplace structures which seemingly only exist to keep middle management cosy? As long as targets get met day by day, everything else is window dressing.

Hierarchy can shoulder the blame here. Managers dictate actions to employees like a parent dictates to a child. Individual thought is seen as an annoyance at best, and a challenge at worst.

Trust is impossible. These managers clearly don’t – or worse, can’t – trust their employees to take ownership of their roles. Meanwhile, how likely would you be to respect or trust someone who treats you like an infant?

In teams which have previously been over-managed and under-led, building credibility can be slow. Leaders take the initiative, undoing the damage by being the first to visibly place their trust in others.

That means more coaching and less chasing. More listening and less time pushing for short-term gain. It also means taking team members to task if their behaviour is detrimental to a collaborative environment, regardless of their personal performance.

Sounds scary? If so, remember that you’re backed up by good old human biology. We’re tribal animals, hard-wired to collaborate. On average, you’ll be rewarded for trusting others more often than you’re punished for it.

This is the first step towards removing the fear of autonomy that paralyses so many toxic work environments.

So, we’ve taken the dramatic step of treating our colleagues like sentient human beings, what now? Transferring decision-making power to the group gets everyone invested in the outcome, but don’t let it turn into a free-for-all.

Be clear from the outset about the decision process, and what your team’s rights and responsibilities look like during that process.

For example, who can contribute? Input from varying levels of the organisation, unsurprisingly, produces a wider range of perspectives and leads to a more complete picture of the terrain.

Frontline staff are intimately connected to the customer’s experience but rarely consulted on it. If you decide to do so; speak to the disruptors, the troublemakers. They’ll be of more use than the yes-men presented to you by middle management in pursuit of an easy life.

Of course, what is autonomy without accountability? The team should share in the outcome. Ideally that’ll be success, but if not, let them in on the lessons learned as well, and give them the time and space to allow those lessons to take root.

Trusting your team to act and giving them a clear process to do so could involve some trial and error. This is particularly true when they begin to define their own working relationships, so be on hand to help nurture those bonds.

If you’ve made goals collaborative, why not the roles set to achieve them? If you silo responsibilities away, your team will only meaningfully interact with one another at crunch time. That’s not going to help.

Structure projects to encourage joint efforts. That lets people benchmark their contributions against one another’s, as well as just the distant end goal.

Not only that, if you interact with someone frequently, you’ve got more incentive to make that relationship a positive one. It’s far easier to be standoffish with Bob from Accounts whom you only email once or twice a month than with your closest colleagues.

Change management projects like this live and die by the amount of space they’re given to take root.

If, having allowed your team to act freely, you then expect them to cram extra responsibility into their routine with no extra support, enthusiasm will quickly fizzle out.

That means time and resource. It might seem contradictory, but empowering your team to act independently takes a lot of effort on your part.

Quality one-to-one coaching lets you benefit from what they learn as much as they do, while being visibly invested in their struggles and triumphs helps lead from the front, like an exemplary leader should.

Quest can empower you to empower your organisation. Let’s take the next step together, get in touch and book a call today.

You can find out more about which cookies we are using or switch them off in settings.

This website uses cookies so that we can provide you with the best user experience possible. Cookie information is stored in your browser and performs functions such as recognising you when you return to our website and helping our team to understand which sections of the website you find most interesting and useful.

You can adjust all of your cookie settings by navigating the tabs.

Strictly Necessary Cookie should be enabled at all times so that we can save your preferences for cookie settings.

If you disable this cookie, we will not be able to save your preferences. This means that every time you visit this website you will need to enable or disable cookies again.

This website uses Google Analytics to collect anonymous information such as the number of visitors to the site, and the most popular pages.

Please enable Strictly Necessary Cookies first so that we can save your preferences!